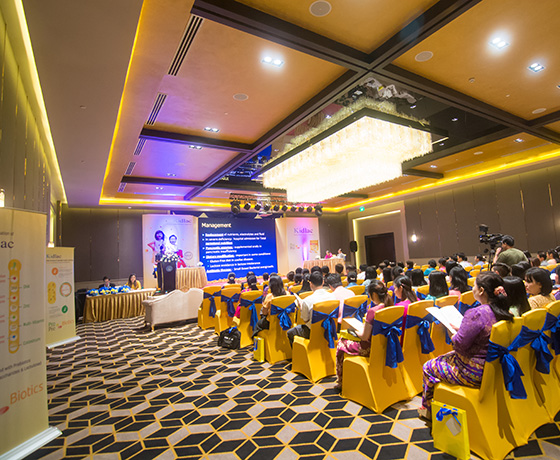 To give the most compelling premium distribution services for the comprehensive demand fulfilment resulting a win-win situation among all company’s stakeholders including our business partners, suppliers, customers and employees.

To become a top global standard distribution company in Myanmar with sustainable business development to compete with multinational companies in Myanmar.